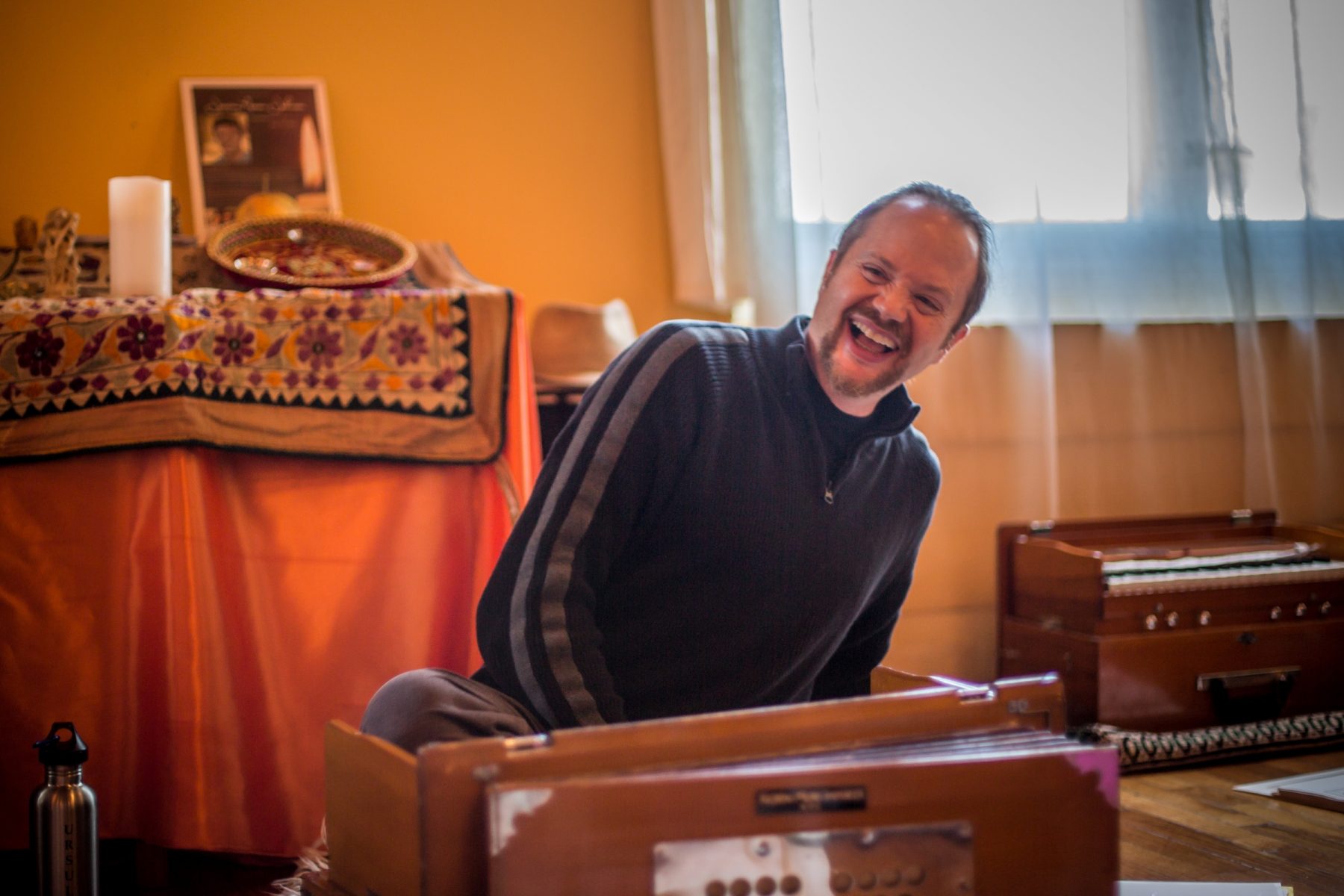 In addition to being a musician, Seán is also a well-loved yoga teacher who teaches at conferences and retreat centers internationally including Yoga Journal, Kripalu, Bhakti Fest, and the German Yoga Conference. He is the founder of Wild Lotus Yoga studio in New Orleans, dubbed “New Orleans Home For Heart-Centered Yoga & Down-To-Earth Spirituality and Soul School, an interdisciplinary yoga teacher training program that focuses on teaching yoga with skill and imagination that he guides with Mitchel Bleier. Seán has a Master’s degree from The Naropa Institute-Oakland with focus on teaching chant as spiritual practice, and is the co-curater and co-producer of Putumayo World Music’s yoga music series. He also guides Celtic Spirituality retreats in his ancestral home of Ireland each year with Mary Meighan, founder of Celtic Journeys.

Live Music Flow – Bhakti On The Mat in Asheville, NC

07 January,2023 Saturday, 10:30 am to 06:30 pm
From our hearts and homes to yours, join us for a sweet and soul-nourishing weekend of chanting, music, satsang, storytelling, poetry, journaling, discussion, and gentle movement to ground yourself in your heart for 2022. David and Seán will share practices and guidance for embracing the path of love and giving kirtan (call-and-response chanting) and bhakti […]

27 January,2023 Friday, 09:30 am to 09:00 pm
Next session begins January 27th, 2023– a hybrid in-person and online format that will allow both locals and folks around the country to participate. See all the details here. Soul School is a one-of-a-kind interdisciplinary teacher training program facilitated by Seán Johnson, founder of Wild Lotus Yoga and Mitchel Bleier, founder of The Yoga Teacher’s Lab that offers depth, […]