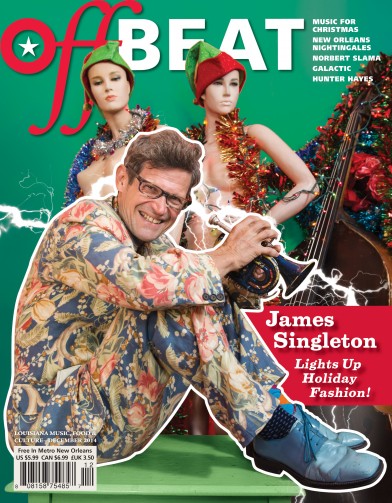 It’d be easy to dismiss Sean Johnson and the Wild Lotus Band as music solely for the yoga world.

Though it’s rooted in the Indian kirtan genre with Sanskrit-sung mantras (often with call-and-response) and traditional instrumentation like the aura-inducing harmonium and the fretless dotar, it’s also apparent that the group would rather stretch beyond the paradigm than be confined by it.

Nine of the 10 tracks are originals and all have carefully crafted, densely-layered arrangements. There’s a fair bit of diversity as well, such as the Nashville country picking of “The Man in Blue” and the symphonic horn intro-outro on “I Will Rise Again” being prime examples.

On “Peace Song,” Gwendolyn Colman plays atypical instruments like the kalimba (African thumb piano) and the berimbau (Brazilian single-stringed bowed percussive instrument) to add to the symbolism of various world cultures chanting messages of peace in different languages. Now and then a melodious bass solo emerges that almost takes off into jazz.

Unlike the nonexistent harmonies of traditional kirtan music, uplifting harmonies are also incorporated into the mix.

Similarly, the proceedings are rife with ideas with the anthemic title track tying it all together. A poem from the Sufi mystic Rumi and a mantra are sung before Johnson raps in English about how unity is really universal, regardless of heritage or ethnicity.

It wouldn’t be over the top to dub Unity as a soul-cleansing listen but if nothing else, it’s a beautiful sonic collage to get lost in. Read full article here.