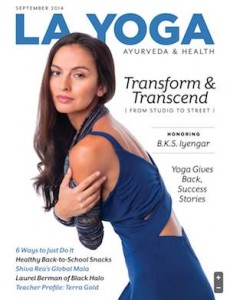 I fell in love with kirtan late in my practice. It was within the expansive studio of the Santa Barbara Yoga Center, not long after Hurricane Katrina. Sean Johnson and the Wild Lotus Band were touring to raise funds to rebuild their hometown when then they sang, played, chanted, and raised the proverbial roof. For me, the combination of an earthy, jazz-influenced sound, rhythms from New Orleans, and devotion to both music and mantra demonstrated by Sean Johnson, drummer and vocalist Gwendolyn Colman, and bassist and guitarist Alvin Young, was—and remains—transcendent.

The title track “Unity” begins with a famous line from Rumi, “Out beyond ideas of wrongdoing and rightdoing, there is a field; I’ll meet you there.” The chant segues into the peace prayer, “Lokah Samastah Sukhino Bhavantu,” mixed with invocations in Sanskrit and English, with a rhythm that begs us to dance, or at least sing along. This is one of many timely prayers for peace found on Unity. Beginning with the band’s groovy version of the traditional opening to Ganesh (“Ganesha’s Belly Dance”) continuing with tracks like the multi-lingual “Peace Song,” then closing with the band’s English-language gospel-tinged festival favorite “I’ll Fly Away.”

This is a Sunday-morning gospel-tinged soundtrack for the revival of this century. Merging mantra, frame drum, and world music melodies and rhythms, this is a must-have for your kirtan library.  Read original article here.