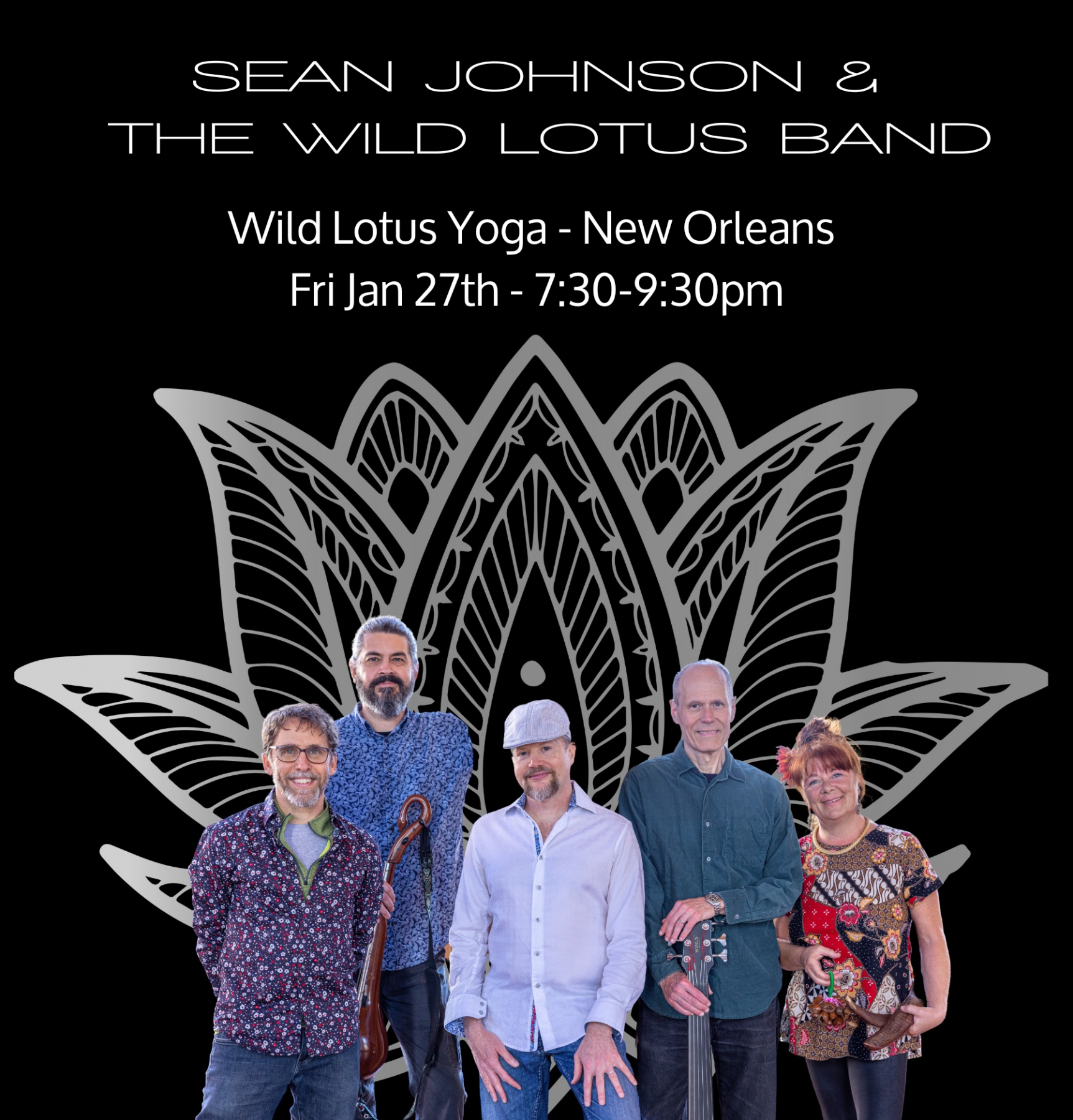 Join us at Seán’s yoga studio Wild Lotus Yoga for an intimate evening of interactive, soul-stirring ancient mantras given new voice through dynamic songs that merge conscious lyrics and New Orleans roots, rock, gospel, and world grooves. The band will play favorites from their past albums, including songs from their latest album Mystery, named one of the best albums of the year in Louisiana music by Offbeat Magazine.

“The music of Seán Johnson & The Wild Lotus Band flows from the mystical confluence of the Ganges River and the Mississippi Delta—the deep bhakti tradition of Indian devotional chanting fused with the cultural cross-currents that so enrich the music of their hometown of New Orleans. The yoga community’s much-beloved band evoke, conjure and celebrate that universally felt yet impossible-to-define essence that lies at the heart of all things, what Bob Marley once called “a natural mystic, flowing through the air.” — Alan di Perna